The historic railway bridge over Lake Pilchowickie in its structure and form is a carrier of knowledge about the state of technology and railway construction at the turn of the 19th and 20th centuries. Bridge documents the development path of designing and building large steel structures in the period of dynamic development of the railway network in the Sudetes region. Due to the preservation in its original condition (i.e. without significant structural changes), it is characterized by a high integrity of the monument, which allows you to experience the technical and functional character of an engineering object from a distant era of technological development. The historic railway bridge over Lake Pilchowickie is also part of a larger functional unit created by the complex: dam, artifical water reservoir and power plant. This bridge complements the complex and is an important element of its creation. After over 100 years of existence, it has also become a characteristic element of the Sudety landscape. 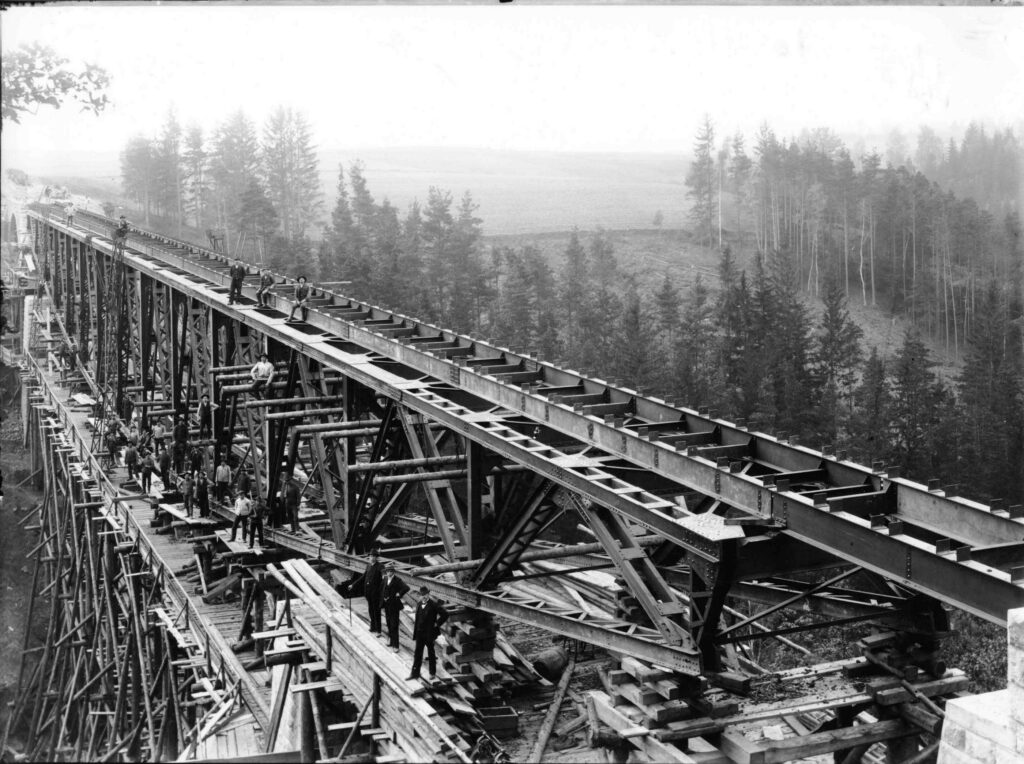 In 1897, a series of catastrophic floods hit Lower Silesia in the Sudetes region. The provincial authorities decided to build a network of hydrotechnical structures – dams and retention reservoirs, which were to prevent uncontrolled flooding of rivers in the future. The implementation of the project and management of its implementation was entrusted to Dr. Otto Inze. The largest object was to be a dam with an artificial water reservoir and a hydroelectric plant in Pilchowice near Jelenia Góra. At the time of construction, it was the largest stone and concrete dam in Europe. In the years 1902–1909, the German railway authorities built a railway line (the so-called Bóbr Valley Railway), which was to connect Jelenia Góra with Żagań through Lwówek Śląski. The Jelenia Góra – Lwówek section was commissioned in 1909. One of the most important and largest structures erected during the construction of the line was a truss railway bridge in the vicinity of Wleń. 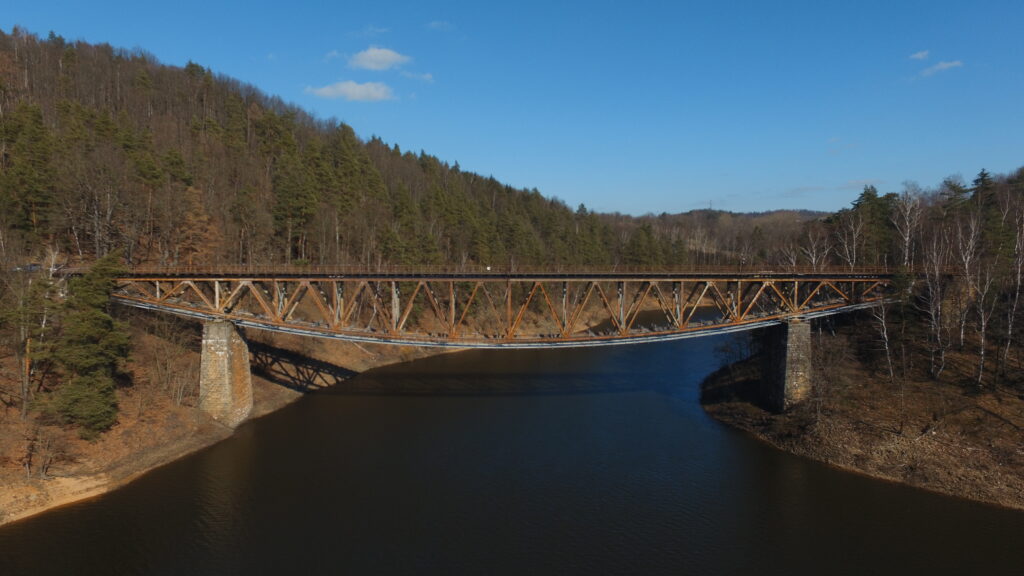 The bridge is located along the line 283 Jelenia Góra – Żagań, on the section Jelenia Góra – Lwówek Śląski (10,665 km). The bridge was made of a steel, truss and riveted structure. The parabolic bottom flange of the truss is made entirely of riveted steel, supported on concrete and stone pillars. Train operate at the top of the lane. 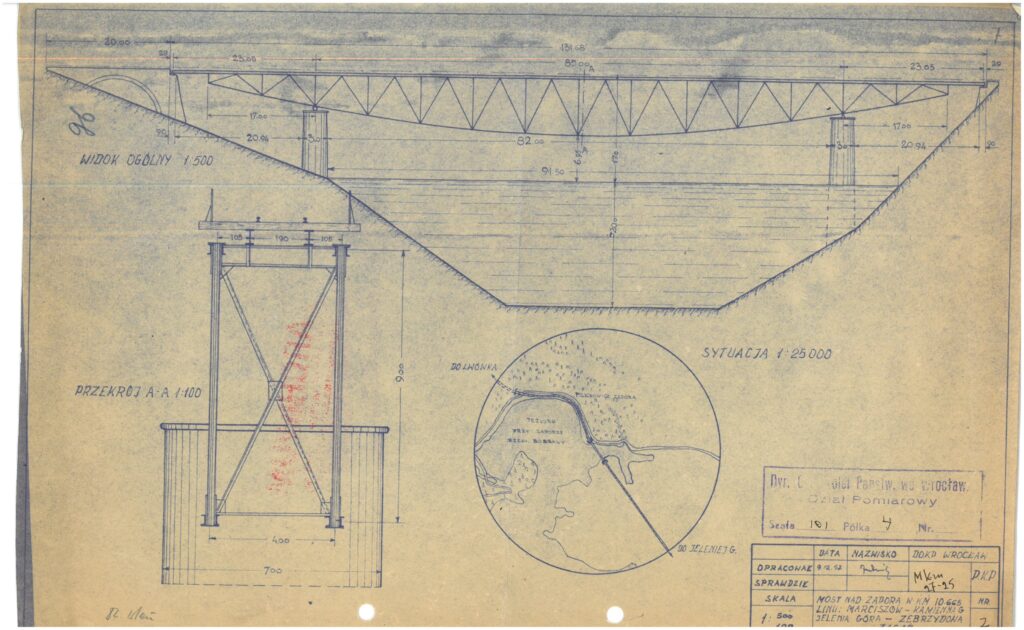